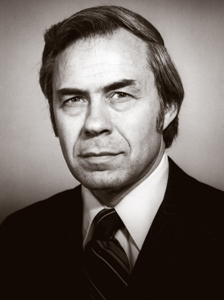 I very much regret that I shall be unable to be with my ISME friends this year in Baku. I am in good health, despite being 87 years old, but recent medical concerns have made it inadvisable for me to take long trips.

I cannot allow this occasion to pass, however, without expressing the joy and pleasure I have derived from my long and productive association with ISME. I attended my first ISME World Conference at Interlochen, Michigan, in 1966, and I have missed only one Conference since 1984. I am old enough to have known many of the founders of ISME, and our Conferences have made it possible for me to meet and learn from some of the world’s most distinguished music educators, including Zoltan Kodaly of Hungary, Shinichi Suzuki of Japan, and Dimitri Kabalevsky of Russia. I have had the honor of making eight presentations at the seminars of four different ISME Commissions and speaking at seven World Conferences, including a keynote address in Canberra, Australia, in 1988.

ISME has been the source of many unforgettable memories for both me and my wife Ruth. I remember, for example, the skill and adaptability of our ISME leaders in moving the 1968 World Conference to Dijon, France, at the very last minute when student rioting in Paris made it impossible to meet there as originally planned. My saddest memory is of 1982, when our colleagues from Argentina, including our Argentine President Rodolfo Zubrisky, could not attend our World Conference in Brighton, England, because the two countries were at war—a stunningly tragic situation that represented the diametric opposite of everything that ISME stands for.

But most of all I remember the wonderful friendships that I have enjoyed with colleagues from around the globe and the personal enrichment that came from sharing experiences with others who, like me, were engaged in the demanding but gratifying task of bringing the joy and beauty and satisfaction of music to the young people of the world. I want extend my cordial greetings and sincere best wishes to my many friends in ISME and to the potential new friends I would have made had I been able join you in Baku.