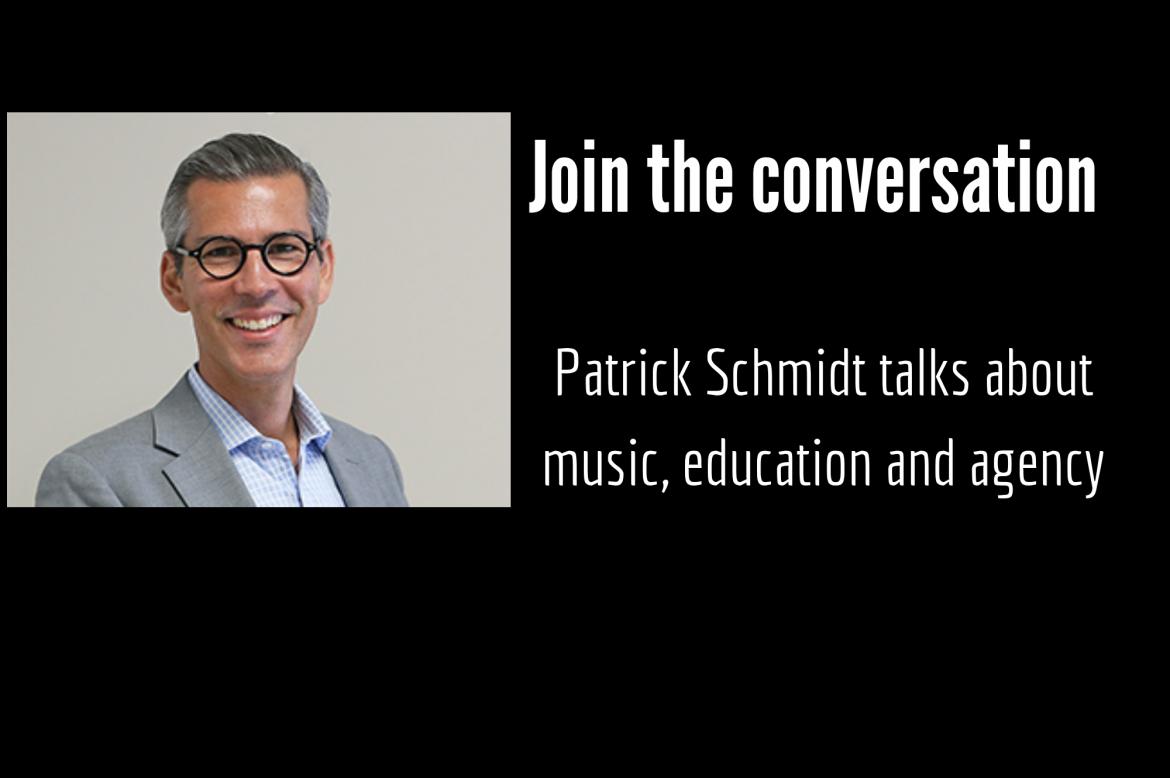 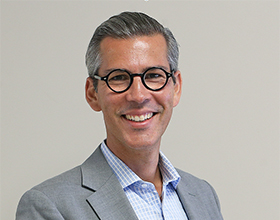 Over the last few years I have been thinking a lot about the role of policy in the life of music educators. I have found that re-thought from a different vantage point, participating in the policy process can actually contribute to the formation of music educator’s professional agency. If we are able to move away from traditional and narrow views of policy as synonymous to rules and regulations, we may develop a kind of knowhow that can have meaningful impact on the complex school and community environments where we work.

My journey re-engaging with policy started when I encountered Bullough Jr.’s (2008) argument that educational policies often exclude teachers and community workers as essential voices in the process of enacting educational change. That touched a nerve! Just as important, it reconnected me with a paradox that drove me ‘up the wall’ when I taught music both in schools and in music teacher education: music educators are expected to act as responsible providers who, contradictorily, have little impact on decision-making; they are made accountable, but have few avenues to construct accountability.

I believe we can do more, as a profession, within our organisations and individually, to address this problem.

This short newsletter essay follows a previous contribution where I lay out parameters for a new way of seeing policy and how participation in its process can be useful to music educators. Here, I explore three (perhaps unusual) ways of looking at how we may develop our own policy knowhow. [i] The aim is to show how practices that are familiar to many educators can also be used as on-the-ground policy tools. My hope is that they may help us more strongly participate in policy formation and enactment within our own varied contexts.

Working on Critical Listening.  Critical listening is both a disposition as well as tool and practice with manifestations in daily interaction, pedagogy, leadership and research. Husband (2008), for instance, links critical listening to ‘intercultural communicative competence,’ naming it essential in policy approaches that address complex issues such as education, migration and mobility. Bickford’s (1996) work on ‘pathbuilding,’ that is, citizens listening and speaking together with the aim of engaging on each other’s perspectives, has been widely used in consensus building and deliberative policy practice, as well as in education and community development.

For our purposes, critical listening can become a way to approach day-to-day policy action. Just as important, critical listening is equality important to deliberative and participatory policy process as it is to educational processes. They are connected. Forester (2006) supports this saying that “to make things happen, to find out what we can do effectively in politically uncertain and fluid settings, we need to learn—and to learn we very often need to ask questions and listen carefully” (p. 124). Forester helps us see that. He invites us to consider that when individuals really adhere to critical listening as a practice, they act as policy planners in the widest sense of the word, “exploring what is possible and exploring what we can and cannot do” in relation to others (p. 124). The point is that “to work on any project we have to ‘talk to’ many different people, and in doing so, we need to listen as much as or more than to talk as we try to find out about others’ perspectives and experiences, their needs and interests, their weak or strong support” in sum what matters to them, what is ‘their world’, how it intersects with ours and how else it could. Participatory policy processes then are deeply pedagogical.

Interviewing informally. Forester (2006) also talks about the ‘other side’ of listening or what emerges from it, that is, the capacity to ask pertinent and constructive questions. This too is familiar and a strength of music educators, particularly when we see pedagogy as a form of reflexive practices (see Schon, 1983). Forester (2006) suggests that in the world of policy analysis and planning “interviewing may just as often be informal; no less serious, but more subtle” (p. 125) than in formal research. This simple shift can be powerful, however, pointing to the fact that ‘interviewing,’ actively engaging, and consulting with others is not just critical to policy, but defines both progressive policy and educational processes. While working on a policy issue within a school, for example, teachers often act as planners, “searching not only for attitudes and relationships that exist now but for possibilities that do not yet exist” (p. 123). Formal processes will certainly be important, but informal ones are just as significant. These include, “side conversations before, during, or after meetings; impromptu telephone conversations, ad hoc office visits, ‘getting a heads up,’ ‘checking in,’ ‘seeing how you’re doing,’ and so on” (p. 124). Kaplan (1993) refers to this as part of “an ability to get inside the head of other policy actors” calling it a “far from trivial skill for planners and policy analysts” and central to any policy process (p. 170).

Music educator Marie McCarthy (2015) argues for something similar, although not directed toward policy. Citing Furman and Gruenewald (2004) she explains a process of “cultural journalism that engage[s] students in interviewing community members, gathering stories about local traditions, and producing knowledge about local culture” (p. 41). For McCarthy, this forms and informs “a critical pedagogy of place” that is essential to understanding the potential impact of pedagogical practices in distinct contexts; a concept central to policy formation that is responsive to constituent needs, and to responsible policy implementation intent on not alienating local policy actors. Many music educators in schools and communities do this. But we can do more.

The power of statistics and the power of stories. Surveys and Big Data are common currency in decision-making and have traditionally formed the basis of policy decision-making; particularly in large scale public policy. In music education survey data or analysis of large data sets like the NAEP (National Assessment of Educational Progress) in the U.S. or PISA in Europe, have informed the profession in important ways. In general education, for example, the U.S. Department of Education led an effort to promote, nationwide, the use of randomised experiments for evidence-based decision making (Whitehurst, 2002). Research synthesis and meta-analyses are additional ways of collating large information sources in order to distill critical insight on a challenging issue. All these efforts and more are critical and will remain so (if done well) to the fact that the ‘big picture’ is necessary in planning and decision-making. However, while “statistics have been described as the eyes of policymakers” (Paris21, 2007) it is also true that “policymakers [often] find themselves unable to see clearly through the fog of competing, confusing, misleading, or missing data” (AbouZahr, Adjei & Kanchanachitra, 2007, p. 1040). Data sets can tell us much, but they can also be manipulated.

What I think is important for us is that, traditionally, large data sets have been located in opposition to localised or anecdotal information—often placing stories as less valuable, less informative, and less reliable. But stories do offer significant potential, particularly those that closely connect to one’s experiences, practices and contexts. Stories do inform and they explain. They have always been at the center of cultural production, and of teaching and learning. Stories are also critical in developing policy knowhow because they, embody and enact the play of power, the selective focusing of attention, the expression of the self, the presumptions of ‘us and them’ and the creation of reputations—the shaping of expectations of what is and is not possible, the production of (more or less) politically rational strategies of action, [and] the shaping of others’ participation. (Forester, 1993, pp. 201-202)

In other words, stories can be powerful, for as Bruner (2002) has argued, people live by stories, which give meaning to their lives. In more cynical terms, Kaplan (1993) highlights how policy arguments often follow similar patterns and strategies of those offered in courtrooms argumentations, where attorneys “create and present plots that present reality in a way most beneficial to their clients” (p. 178). Further, before you and I dismiss stories as central to policy and decision-making, consider how fields as complex as medicine, nursing, business and law have relied on stories through cases—constructed to inform, frame, ask potent questions, provide guidance, establish pathways, and offer caution. Thoughtful stories (or cases) can inform, convince, or serve as a starting point for planning. This can be seen in music education too, as stories have been critical to advocacy.

Of course, particularly today, we should be mindful of certain things. Stories can be fake or phony. Educational policy stories then have to be self-critical, consistent, and of course, ethical. Kaplan argues that “if we fictionalise our subject matter…then stories should have little use to policy” as they can come across as made up, artificial, constructed, and embodied with a certain “pastness”; something that feels less than active, failing to provide movement forward. Policy-oriented stories then should not focus on or highlight idealisation or imposition, because both often fail. People are not convinced by stories that over-idealise—as they do not sound believable—nor are people drawn to stories that over-guide—as they do not activate agency.

My goal in this short segment is to remind ISME colleagues that policy practice is deeply interwoven with our own. The narratives that construct the policies that frame our work, can be based on large data sets or they may be local and highly contextualised. And while they may be experienced differently, what remains constant is the fact that they are mediated, framed, or shaped by people—be they lobbyists, analysts, managers, teachers, or community leaders. We are already embedded in our policy contexts, that is clear.  But are we active actors in that space? I suggest that more active engagement can start with simple steps:  When you listen to someone go on about ‘the facts’, ask yourself how and through what parameters were they constructed?; when you listen to a problem ask yourself, who is driving and what is framing the narrative?; And when you are planning for change, start by asking yourself, what is the story and whose voices are absent?

[i] These ideas derive from a new book I have written, Policy as Concept and Practice: A Guide to Music Educators, to be published by Oxford University Press.

Your comments are invited in the comments section below.