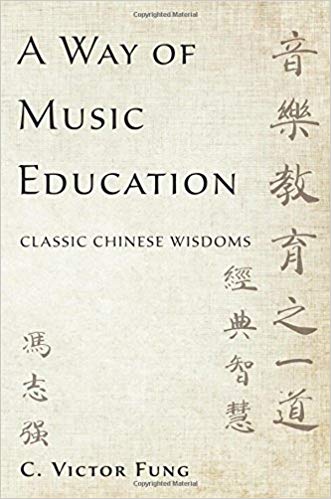 What is the thinking style of your Chinese colleagues, friends, students and peers in music education? How to understand music teaching, learning, and research in the view of early Chinese philosophies? In A Way of Music Education: Classic Chinese Wisdom (2018), Victor C. Fung proposes a trilogy model of understanding music and human learning based on an organismic world, in which all matters and events are connected, in the field of music education. If scholars studying Chinese music education do not understand Chinese philosophies, it is very difficult to point out the crux of the problem and to get a fair result in the research. In this sense, this book is important. For example, many scholars use American music psychology and educational metrics to test Chinese subjects. The validity of such research results is questionable because of differences in thinking and behavior. This is an introductory reading that helps western music education readers understand the music education activities from multiple perspectives of Chinese philosophies.

The author, Victor C. Fung, is the professor of music education in the University of Southern Florida, whose early schooling was in Hong Kong, China and completed his doctoral level study in Indiana University in the US. As an American-Chinese scholar in music education, his insights and co-work with his Chinese colleagues in Chinese music education philosophy is compelling and can be a bridge between the eastern and western academia. Due to the culture difference, not each concept in Chinese philosophies has a parallel word or meaning in English. This is the reason why that building a cultural bridge is particularly necessary for mutual interpretation and communication.

In order to present the readers a holistic logic structure, Fung divides the book into three main parts. In Part 1, he discusses the basic logic of Chinese philosophy in three chapters (Yijing) and the two most influential Chinese philosophical schools - Confucianism and Taoism. In Part 2, he summarizes a trilogy model (change, balance, and liberation) to interpret the Chinese thinking pattern in music-related activities. Finally, in Part 3, he proposes a new way of thinking and practical implications from his reflection in Part 1 and 2.

The origin and basic logic of Chinese philosophies - Yijing

In Chapter 1 and Chapter 2 of Part 1, Fung believes that Yijing is a set of symbolic models of ancient Chinese human understanding of nature and the laws of the universe, and a complete set of organismic worldview. The fundamental view of Yijing is that motions are initiated by energy flow between dyadic and opposite forces - Yin and Yang, which are complementary, interconnected and interdependent from one part to another, back and forth (p. 26). Everything is produced by the movement of matter or energy that contains both yin and yang properties. Since the basic state of the world is the interaction of yin and yang, the change is eternal and the balance is temporary. The change will promote the development or retrogression of the world, while balance gives people a sense of relative stability and security. Therefore, it forms the basic orientation of the Chinese worldview: the whole world is an organic entirety, and human beings are a part of the world like other creatures and abiotics. It requires people to be able to recognize the "law of nature" and to respect and abide by its embodiment in human society. This is the wisdom of man. The law of nature defines the freedom and responsibility of human beings. By using the symbolic meaning explained in the Yijing symbols to interpret the laws of nature and even the universe, then through the understanding of its enlightenment, and thus derive the understanding and interpretation of various phenomena in human society. Thus, under the influence of this organic worldview, the Chinese people's pursuit of the balance between man and nature produced a vocabulary "harmony", which also directly led to the birth of Confucianism (Chapter 3) and Taoism (Chapter 4).

According to the timeline provided by Fung, traditional Confucianism (551-289 BC) and traditional Taoism (570-286 BC) were two philosophical schools of thought emerged almost in the same era. Their views are both antagonistic and complementary. In Confucianism, the value of human beings is higher and ought to get sufficient attention than the value of other things. Confucius called it the "human-centric" ideology (p. 40). But the concept of ”human" he mentioned is not every individual person in the western concept, but a group composed of blood relations or ethical relationships. Therefore, the individual's behavior is responsible to the group (e.g. a family); and the group's behavior is responsible for the higher level group (e.g. a nation). The behavior of all people should follow the law of nature. In order to maintain interpersonal relationships in each level of groups in the society, Confucius believed that people should follow the rules of morality, which is a recognized social order with the criteria of cheng (sincerity), shan (kindness) and ren (benevolence). And yue (music and happiness) is the quality of a most satisfactory life. From this ethical relationship, in Confucianism, people respect each other but are hierarchical. Music can be taken as a possibility to form equality and resonance in emotion and understanding between the audience and the performer. Therefore, music is a bridge between different ethnic groups (e.g. gender, age, and identity) under the ethical ideology of hierarchy. The quality of music would be realized under the premise of achieving the aforementioned moral quality (cheng, shan, and ren). Unlike Confucianism, Taoists do not think that human beings are more important than non-human beings. Conversely, human beings are an organic part of nature, so that it respects the order of nature and opposes human intervention. The concept of non-egoistic action (p. 65) was proposed in human behavioral norms, which means doing by following the natural flow. Hence, before taking action, people should observe and understand the law of nature. Based on this view, Taoism believes the most beautiful music is the sound of nature, for music education, which is more meaningful as a state of mind. Fung sums up the six differences between Confucianism and Taoism according to the logic of the Yijing. But both Confucianism and Taoism have followed the basic logic of Yijing, that is, human behavior should respect and obey the law of nature.

Under the influence of this ideology, Fung proposed a working model in understanding human music activities through the lens of classic Chinese philosophies. He names it “a trilogy of change (Chapter 5), balance (Chapter 6) and liberation (Chapter 7)", and discussed the role of this model in music education activities in three chapters. The central idea is that change is eternal, balance is the temporary result of the interaction between human agency and objective conditions, and liberation defines the boundary of freedom. It is not a wall, but the natural law and order in the society of the existing world. The boundary can be changed through liberation, but one has to critically evaluate the situation and act with others to change it through reflection and action (137). Since change is eternal so that people are pursuing either a sense of stability and security brought about by balance or a sense of accomplishment that breaks the balance and pursues a new level of balance. In the organismic world view, people ought to recognize their "shi" (113), which means people's objective understanding of self-capability and overall superiority and disadvantage. This sober understanding constitutes the main objective condition for people to participate in music activities. Then, Fung proposed a model of the human subjective wishes to participate in music activities, which he called "music zones". The music zones reflected human actions in response to music, either ignoring or taking actions in an avoidant, passive or proactive manners. He pointed out that people who have more active attitude and longer participation in music activities tend to have higher possibility to be liberated musically. Although proactive participation in music activities was not the single factor to maximize benefit in improving the life quality, Fung did not point out this conclusion directly but logically discussed in detail about the various outcomes of the other two subjective attitudes — avoidance, and passivity, which were under the influence of objective conditions. In the final part, Chapter 8 and 9, Fung summarized a way of music education, which is based on ten principles enlightened by the philosophies of Confucianism and Taoism, to interpret the music education cycle of music appreciation, engagement, learning, composing, teaching, and sharing. It emphasizes that music is an organic part in human dynamically balanced life. So he advocates people to take a proactive participation in music activities.

On the other side, the culture difference increased the difficulty of giving and interpreting examples in pedagogy and aesthetic values. Because it is not easy to build the connections between contemporary music education cases and the doctrines of classic Chinese philosophies, which were proposed over two thousand years ago. But this may provide a good idea for the next revision: using Chinese philosophy to analyze Chinese classical music works and Chinese folk music teaching cases. This is not simply limiting Chinese philosophy to the function of analyzing Chinese works. Instead, it is cosmopolitan. Because Chinese works vividly reflect the enlightenment and teaching ideas of Chinese philosophy. The teaching methods are diverse, but rarely well known to western readers due to the cultural and linguistic limitations, which will offer more concrete and reliable cases for the field of music education all around the world. 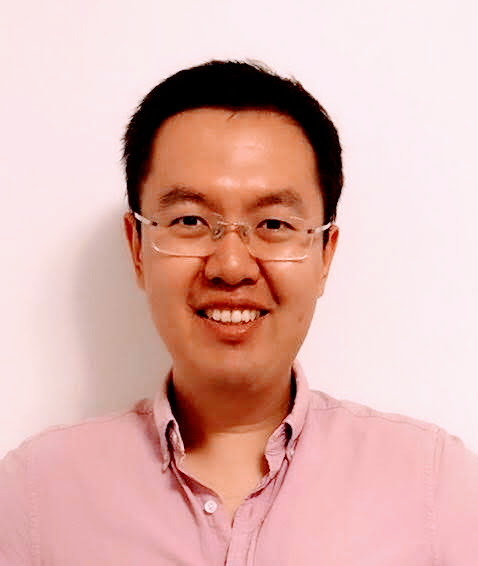 Prior to his studies in the United States, he taught pre-service and public school music teachers in teaching strategies at Hangzhou Normal University. He is also a certified Kodaly educator and a certified Orff-Schulwerk teacher at Texas and Kentucky.

Physical book: available from all good book retailers including Book Depository - paper book, freight free.
Ebook: go to Books2Read which will provide you with a range of suitable links for an e-version of this book