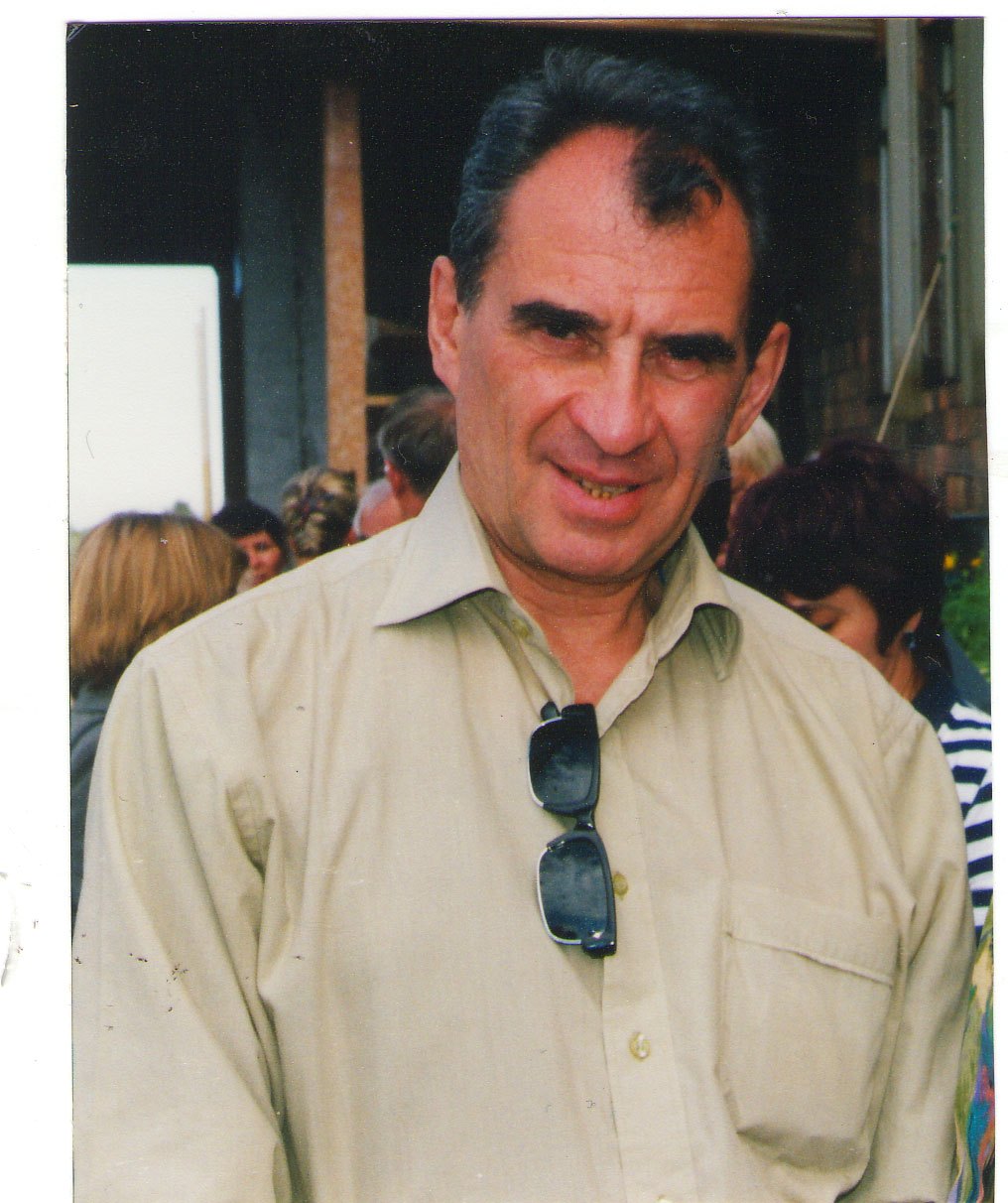 Here are two tributes to the memory and legacy of Eduard B Adbullin. ISME sends great sympathy to his family, friends and his many colleagues in the wider music education community. A great shock and a great loss.

One of the most valuable, loyal and hard-working ISME members, Eduard Abdullin, has passed away after a sudden thrombosis. We mourn his passing and send condolences to his family and all those who knew and worked with him. His contribution to music education is enormous. He was a quiet achiever and will be sorely missed.

Eduard first joined ISME in 1970 when the 9th ISME Conference was held in Moscow, USSR. At this his first ISME Conference, Eduard presented his children’s choir. Being a student of Kabalevsky he worked closely with him for many years leading up to that Conference and well beyond. Kabalevsky was on the ISME Board as Vice President from 1964-1970. From 1972-1987 Kabalevsky was an ISME Honorary Life Member and instilled the importance of ISME in Eduard, who continued the collaboration with him during this time, although Eduard was unable to leave the USSR to attend another ISME Conference until Amsterdam in 1996. Opening up Russia meant that he was then able to attend ISME in Pretoria in 1998, Tenerife in 2004, Bologna in 2008, Beijing in 2010 (where he organized a Round Table presentation) and Thessaloniki in 2012.

Following the Tenerife Conference Eduard and Elena Nikolaeva, together with ISME member Valeri Brainin whom Eduard had met at ISME in Amsterdam, established RussSME (Russian Society for Music Education). He was Vice President of RussSME (Brainin was President, Nikolaeva was Secretary General) for 16 years and succeeded in having the organization approved as an ISME INA (National Affiliate) in June 2004.

The first General Assembly of RussSME was held on 9th August 2004: representatives attended from Moscow, Moscow Region, St Petersburg and other of 32 centres (Republics, Provinces, Regions) in Russian Federations who were present in person or by phone.

The Kabalevsky Festival and Conference was held first in Moscow and then at the Arts Center for Gifted Children of the North in Khanty-Mansiysk in Siberia. About 200 Russian music educators attended each part of the Conference and the title of the Conference was “The Kabalevsky International Festival” Music Teacher of the XXI Century and Music Pedagogical Education Between the 20th and 21st Centuries. These were generously supported, both financially and in kind, by the Moscow State Pedagogical University (MSPU), the Government of Khanty-Mansyisk Autonomous Region of Jugra and RussSME. They were under the patronage of the Minister for Culture and Mass Communications of Russia, Mr A. S. Sokolov, and the Director of the Department of Culture and Arts, Mr Alexander V. Konev in Khanty-Mansisyk, both of whom attended personally. International guests were by invitation, and included:Judy Thönell (Australia),Anne Webster-Patterson (USA), Wilfried Gruhn (Germany), José Felipe (Spain), Tatsuko Takizawa (Japan), Ramona Tahir (Malaysia), Afshin Jaberi (Qatar/Iran), Caroline van Niekerk (South Africa), Ritta Jerdimalieva (Kazakhstan), Galina Stoyanova (Bulgaria), Tamara Bogdanova (Latvia), Sarah Morrison (Canada) and Zoltán Laczó (Hungary). Eduard was able to bring together this impressive line-up from so many countries.

Those attending enjoyed an amazing and unforgettable experience. The event was a testimony to the influence Eduard had on the Arts and Culture Ministry of Russia, showing that he had the support of government bodies and could pull together music educators from around the world.

The generosity and kindness shown to us knew no bounds and we often felt quite overwhelmed by it. On reflection, we felt that the huge amount of work the organizers did to achieve the success of the project was often carried out under very difficult conditions and circumstances which most of us never have to deal with, yet they succeeded – and succeeded extremely well.

Eduard and Valeri worked tirelessly together for the good of music education. They instigated a discussion with ISME to try a pilot project to get more Russian music educators involved in ISME. A similar project was discussed for Norway at the time, but the proposal for RussSME did not go ahead.

RussSME carried out many useful international congresses, seminars, festivals, and competitions, such as the Kabalevsky Competition “Music Teacher of the 21st Century”, and Eduard always succeeded in attracting international guests and speakers.

In November 2010 Eduard organised the highly successful Fifth Kabalevsky International Competition “Music Teacher XXI” and the Music by Kabalevsky Festival in Saint Petersburg, with demonstrations, presentations and concerts. ISME Honorary Life Member Graham Bartle and the ISME Secretary General were invited to adjudicate the teacher demonstrations. They were accommodated at the Herzen University.

At the Moscow State Pedagogical University, from where the administration of the Russian section of ISME was done, Elena Nikolaeva and Eduard issued the first and only textbooks for students on theory and methods and a complete description of the Kabalevsky system.

Due to restrictions in Russia and lack of funding, it was a huge challenge for Russians to attend ISME Conferences. It is known that Eduard borrowed the money from friends and family to attend and then spent a very long time paying it back to them. When these Russian delegates did attend, they often kept to themselves as they could not afford to go out for meals with colleagues or go on tours. ISME was able to sponsor Eduard as a conference delegate in 2008. He also received some private sponsorship from ISME members in 2012.

I consider myself a happy person since I have had an opportunity to be near Kabalevsky for a number of years at the time of my being a post-graduate student and working for doctor’s degree. I also worked as his deputy coordinating the work of designing the music program and its application. I spent seven years working side by side with Kabalevsky as a music teacher with students of one and the same grade, and I conducted lessons according to his program. I substituted Kabalevsky as a teacher when it became difficult for him to conduct all lessons in his latest years, and I am the only witness of all his lessons. Before my eyes, I am sure, a heroic deed of a composer and teacher for the sake of children and future generations took place.

In 2014, Eduard invited the ISME President, Sheila Woodward, to give a keynote speech on Kabalevsky's 110th anniversary at the international festival "Music Teacher of the 21st Century," in Moscow. In 2015, he arranged for her to give a keynote presentation at the 2nd International Congress "Music for All," in Yakutsk and to work with early childhood music educators from across the Yakutian region.

Eduard Abdullin, together with Valeri Brainin and Elena Nikolaeva, worked tirelessly together to involve Russia in ISME and advance music education in the country. Our deepest sympathies go out to the Abdullin family and to Elena and Valeri who have lost a lifelong friend and colleague.

Tribute from the Russian Federation Society for Music Education (RussSME)

IN MEMORY OF EDUARD BORISOVICH ABDULLIN

It is with great sadness that we report Eduard Borisovich Abdullin, Doctor of Pedagogical Sciences, Professor, Editor-in-Chief of our journal, passed away on June 8, 2020.

In the Russian and international community of musicians and educators, Eduard Borisovich Abdullin is known as a tireless activist for improving the system of music education and music-teacher education, for exposing younger generations to the high spiritual values that music and music making give. He was the founder, creator and the permanent head of the Department of Methodology and Technology of Pedagogy of Music Education at Moscow Pedagogical State University (MPSU), Laureate of the Russian Government in the field of education, Academician-Secretary of the Department of Pedagogy and Psychology of Music Education of the International Academy of Sciences of Pedagogical Education, Chairman of the Commission for the Interaction of Science, Art and Art Education of the Russian Association for the Advancement of Science, Chairman of the Dissertation Council for the defense of doctoral dissertations, Chairman of the Scientific and Methodological Commission, carrying out the development of the conceptual framework for reforming the general education system in the Republic of Sakha (Yakutia) in the context of the project “Music for All”, a member of the Union of Composers of the Russian Federation, a member of the New York Academy of Sciences, and a member of the editorial board of a number of scientific, including foreign, journals.

E. B. Abdullin is the founder of the scientific school “Methodology of the Pedagogy of Music Education”, within the framework of which 24 candidates and 6 doctoral dissertations were prepared and defended under his supervision. He has published over 100 monographs, curricula, textbooks and study guides for the system of higher professional and general musical education, plus scientific and scientific method articles. The award “Teacher of teachers of the Republic of Sakha (Yakutia)” was conferred upon him for his contribution to the further training for music teachers and teachers of additional musical education in Yakutia.

Eduard B. Abdullin assisted Kabalevsky, who was International Society for Music Education (ISME) Vice President at the time, in hosting the 9th ISME World Conference in Moscow, in 1970. After the collapse of the USSR, Eduard was able to participate in six ISME World Conferences, including Pretoria in 1998, Tenerife in 2004, Bologna in 2008, Beijing in 2010, and Thessaloniki in 2012. He was the Vice President of the Russian Federation Society for Music Education (RussSME) that in 2004 was awarded status as a National Affiliate of ISME, a member of UNESCO’s International Musical Council.

Eduard B. Abdullin was the organiser and creative director of the international competition and festival “The 21st Century Music Teacher” named after D. B. Kabalevsky, held regularly since 2000 in cities across Russia and other countries, in which students and music teachers from 17 countries and 18 Russian regions took part. He hosted numerous ISME officials at various of these events over the years. Eduard B. Abdullin worked tirelessly to engage the Russian professional community in ISME and promote ISME ideas in Russia, thereby supporting the development of music education in Russia at a high level.

It’s hard to find words to express the feelings that musicians and teachers of Russia and many other countries are experiencing now – Belarus, Bulgaria, Germany, Holland, Spain, Italy, Kazakhstan, China, Latvia, Lithuania, the USA, Ukraine, Finland, Czech Republic, South Africa, Japan, where Eduard Borisovich made scientific reports, held master classes, and further training courses for musician teachers. He was a generator of ideas, a deep scientist, the initiator of the implementation of new forms of international cooperation of musicians and teachers around the world, a man of a generous mind. It is impossible to realise that he will no longer be able to inspire us to make new discoveries in the field of domestic musical culture and education. Our duty is to continue the work of Eduard Borisovich Abdullin. We hope that through joint efforts we will be able to realise what he planned, but did not have time to do.

Let us preserve his blessed memory and pass it on to new generations.