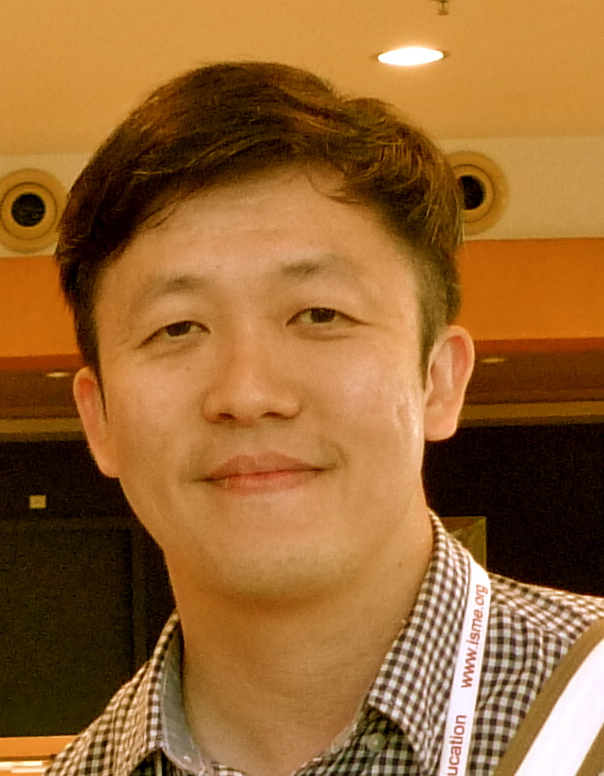 All cultures are involved with one another; none is single and pure, all are hybrid, heterogeneous, extraordinarily differentiated and unmonolithic (Said, 1995, p. 15)

In a recent research study that examined musicians’ views of their contemporary identity within the globalised space of Singapore, the notion of fusion came up as a point of interest as musicians described their repertoire and spoke about their creative collaborations (Lizeray & Lum, in-press).

Some musicians like to work with other musicians of different genres to dialogue, jam, and come up with eclectic performances that blend and interweave their mutual musical specializations and interests. There were composers that dabbled in a range of world music genres, jazz and/or Western classical music genres, putting various musical elements and concepts into their compositions. Some musicians would add varied musical ideas into their existing traditional repertoire, suggesting new takes on the tradition while others who do not feel the need to adhere to any musical lineage, mix-and-match musical ideas from different styles and genres quite freely or venture into sound improvisation and experimentation. What the musicians have in common in the fusion work that they do, is a musical response to “cultural circumstances in which they are situated-circumstances characterized by cultures in contact, with cultural and artistic power and meaning constantly being negotiated” (Sutton, 2011, p.20).

Fusion can be seen as a coming together of a community of eclectic musicians to collaborate and interact with each other, an organic process of learning, sharing and creation. Fusion can also function as a conduit to bridge the learning of a new musical language, mapping a musical genre that the musician is familiar with onto the vocabularies of new musical styles/genres as beginning points of reference. Some musician groups create fusion works in an attempt to capture the interest of younger audience and change their negative perceptions about traditional instruments and repertoire as ‘boring’ and not keeping up with the times. Beyond such functional purposes, musicians and composers also viewed their creative fusion works as harnessing the timbres and nuances of varied instruments and musical styles, interweaving them to create a rich and new tapestry of sounds.

Fusion work, in the eyes of some musicians/composers, can be an emblematic representation of the harmony of different people living within a multicultural and multi-racial space like Singapore. The listener can interpret these works as simply enjoyable in aesthetic terms or political and propagandistic. Whatever the interpretation, these fusion works has created the critical reflective opportunity to “keep cultural history alive and help it to adapt to the needs of the next generation, including the desire for identity and belonging”  (Hirji, 2015, p.320)

If an attempt in fusion is seen as a transitioning from the traditional to modern adaptations/additions to a musical genre, then careful guidance by the gate-keepers  (master musicians) of the tradition is deemed necessary so that the sounds of the tradition can still be recognized amidst the additions of new musical elements. Creation of fusion in line with this argument, should also consider historical links of the musical genre involved, thinking about the musical influences that first brought about the musical genre in question through a process of syncretism. New inclusions and explorations of fusion should then consider first, the musical genres that brought about the emergence of the musical genre in question as there would be good connections in melodic and rhythmic terms. Dabbling into fusion creation thus requires a deep understanding of each musical tradition involved and respect needs to be accorded to these musical traditions when composers and musicians attempt to make use of these musical elements in their work. A superficial attempt will easily be identified by master musicians and not looked upon favorably within the musical community. This does however represent only one particular nuanced interpretation of caution for musicians and composers venturing into fusion creation.

Fusion creations are platforms that can also allow musicians and composers an opportunity to articulate and identify their unique voices within the soundscapes they inhabit or are situated in. It would seem that contemporary musicians and composers have the option to toggle between postmodernism, multiculturalism and globalization as they play and experiment with fusion. As Katz & Katz (2015) articulated,

In postmodernism, we are different selves as often as we please…  Multiculturalism, on the other hand, attributes more stability, more coherence, and more stringent boundaries to cultural groups. In globalism, we are freer to mix and match, or, better, to mis-match. We are allowed not only to borrow from each other, but also to toss these borrowings into a new cultural melting-pot (p.158).

Living in a globalised, multicultural and multiracial space like Singapore, there are opportunities for musicians and composers to experiment and play with all kinds of musical styles and genres.  Perhaps some feel fusion experiments should be curtailed or restricted because of particular historical insecurity, lineage and baggage, but there are also others who are free to mix-and-match however and whatever they want to.

What’s Fusion got to do with Music Education?

Interestingly, many of the musicians and composers in this study have teachers and mentors who encourage them to dabble in collaborative work with varied musicians or compose across different musical genres, which certainly propel and fuel their interest and motivation in venturing further into fusion possibilities.

As a music educator and researcher who is always keen to challenge and advocate for a diverse range of musics to be included into the formal space of the school curriculum, I was struck by a few glaring observations as I conversed with musicians and thought about the current state of music repertoire inclusions in the general music classroom.

Within school music textbooks and many school music programs, world music genres are often portrayed as distinct and insular, i.e. having specific instruments and ‘basic/fundamental’ characteristics of melodic and rhythmic structures. Music teachers introducing these musics in the general music classroom often tap on these ‘basic/fundamentals’ in superficial ways, getting students to listen and experience the music often devoid of the musicians who embody the music in its current contexts and manifestations.

In my observations, even when particular musicians are invited to perform and workshop with students, music teachers or school authorities often dictate what they want the musicians to play and do, which oftentimes mean a stereotypical showcase of ‘representative’ repertoire (for example, Jasmine Flower (Mo Li Hua) for Chinese music; or perhaps Arirang or Doraji for Korean music) and getting musicians to talk to students about the ‘ethnic’ instruments they play.

Rarely do school music programs steer towards an interest or even a cursory glance at the musicians’ themselves, their original repertoire, what and where they play as musicians in the local scene, or their creative processes. It is as if the musicians only exist in a music box, waiting to be wound up to play these representative repertoire over and over again.

Will we ever talk to students about musical fusion and the real work that these world musicians do in their professional lives?

When will we get past the ‘basics and fundamentals’ when we decide to introduce new musical genres of the world to students? Or do they often remain ‘exotic’ and trapped in some representative bubble?

Do we and should we as music educators get into the social/cultural/historical/economic/political dialogues and discussions with students that surround world music genres and musical fusion?

In our work as music educators, we need to caution against a ‘silo’ mentality. We need to bring in the ambiguous, the fusion that is happening in the current contexts of musicians. We need to provide lived and living examples of music and the musicians that engages deeply with what they do, perhaps even bringing students into the musicians’ living, rehearsal and performing spaces to further their musical and contextual understanding.  Music educators should also work collaboratively (not unilaterally) with musicians to come up with helpful guides and facilitative possibilities that would encourage active listening and music making with students in the classroom.  This will then truly begin a process of bridging the great divide between the fictional world of world music that exists only within the four walls of the music classroom and the lived realities of practicing musicians.  The key is to keep an open mind and engage enthusiastically with the wonderful world of musics that surrounds us, allowing them to enter and interweave into the fold of our daily and professional musical encounters.

Acknowledging the musicians/composers that the researchers had the privilege to encounter and speak with (please visit their weblinks to find out more about their sound worlds):

Flame of the Forest

Parts of this article is extracted from the chapter: