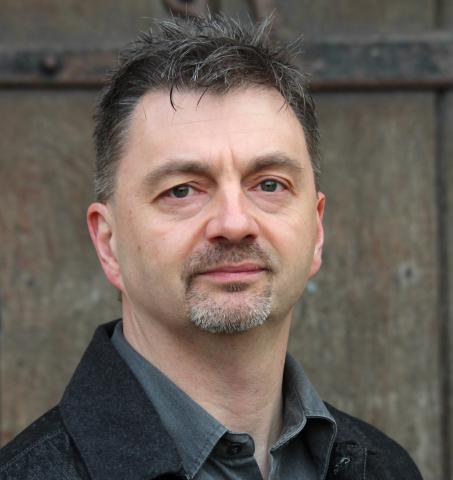 Hosted and supported by the National Institute of Advanced Studies (NIAS) from November 27-­29, 2017.

The conference was supported by The University of Queensland, the UK-based Society for Education, Music and Psychology Research (SEMPRE), National Association of Music Merchants (NAMM), Subramaniam Academy of Performing Arts (SaPa) and Harmony-The Music School. This conference followed two earlier expert seminars by ISME in India – in 2014 in Bangalore and 2015 in New Delhi. The 2015 seminar culminated in the New Delhi Statement of Music Education that was formally submitted to Union Culture Minister Dr. Mahesh Sharma and mapped the roadmap for music education in India.

The theme of the South Asia regional conference was: Learning to live together in and through music. The larger goal of the conference is to create sustainable, long-term projects in this domain. Over the three days, nearly 40 speakers – prominent figures in the field of music and education from around the world – deliberated over the following topics related to the theme:

The conference was inaugurated by renowned scholar, musician and musicologist Dr T.S. Sathyavathy, along with Professor Baldev Raj (Director of NIAS), Professor Lee Higgins (President of ISME), Professor Graham Welch (Chair of SEMPRE) and Professor Margaret Barrett (Head of School of Music, University of Queensland). Dr Sathyavathy in her inaugural address flagged important issues about music education and what it must entail. She established what music education meant in an Indian content, that music is not to entertain alone, but to elevate us from the mundane and has been part of the Indian psyche “from womb to tomb”. In his plenary keynote address, Professor Higgins spoke about the need and importance of community music making and its intangible impact on children. He also stressed the need for enhancing ISME’s outreach in the South Asian region and India in particular. The opening session set the agenda for the conference with presentations across all the themes. Solveig Korum, from Adger University of Norway and the Head of International Projects in Concerts Norway (CN), spoke about international partnerships to music education worldwide including her associations in Palestine and Sri Lanka. Rajib Sarma of the Foundation of History and Heritage Studies, Guwahati spoke of the role played by digital humanities in the conservation and sustainability of indigenous communities and their cultures with the North East of India as a case study. Professor Heidi Westurlund of the Sibelius Academy, Helsinki shared her experiences of working in Nepal and illustrated what the West can learn from value-songs in Kathmandu Valley Schools. Vilma Timonen from the same Academy elaborated on reinventing music teacher educators through intercultural collaboration and program development. Arunthathy Sri Ranganathan who has been a senior broadcaster in Sri Lanka stressed a need for a South Asian regional co-operation in music.

The sessions on day 1 of the conference continued on the theme relating to education for the 21st century with a wide range of speakers from different parts of the world. Alice Bowmer from UCL Institute of Education, London shared valuable perspectives on how musical interventions help support language and cognitive development. Kieran Hurley and Andrew Beck from Guildford Grammar School, Western Australia gave an interesting demonstration of their project of educating kids of the aboriginal music of indigenous Australian communities and the Torres Strait Islander cultures. Maria Carter from the GEMS Metropole School in Dubai shared her experiences of teaching children with special education needs (SEN) and the efficacy of music. Vivek Sadasivam, musician and Head of Special Projects with SaPa spoke about the utilisation of technology in music education.

Day 1 also saw interesting parallel sessions and workshops being conducted by Sreelakshmi Vaidyanathan of the Bangalore School of Music on the five secrets to enhancing aural skills and Maud van de Worp from Nepal on practicing music activities for a therapist. The day ended in a grand finale performance by the children of both SaPa and Harmony Children’s Choir.

On Day 2, Professor Graham Welch made a passionate appeal about making a difference in and through music. He maintained that neurologically the architecture of the brain enables it to keep absorbing and learning, and music can make changes in the brain cells and can be highly therapeutic. These were demonstrated through scientific experiments conducted by him and his team and results therein. The panel on digital humanities touched a wide span in the discipline. Dr Yang Yang from the Shaan ‘Xi Normal University, China spoke about the intangible cultural heritage in a ‘glocalising’ world community. Dr Vikram Sampath stressed the need for creating a national sound archive for India with experience of his organisation the Archive of Indian Music (AIM). Sneha P P from the Centre of Internet and Society mapped the archival landscape in India by presenting case studies of cultural archives of the country. Dr Kirthana Kunikullaya from Ramaiah Medical College gave an interesting presentation on the electrophysiological effects of select Indian classical music ragas. A panel on how arts education can be contextualised to indigenous knowledge systems was educative. Kanchana Shrutiranjani from SaPa illustrated methods adopted to make Indian classical music accessible and interesting to young children. Sumi Sharmin Sultana, the eminent founder of the Bangladeshi urban folk band Chirkutt, shared the Bangladesh experience in music and music education. Dr M.B. Rajani of NIAS spoke about the cross-cultural musical exchanges in 18th and 19th century colonial India and how the ‘nottu’ swaras interacted with Western melodies and continue to create musical pathways all over the world.

The other keynote address of day 2 was delivered by Oscar-nominated renowned Carnatic musician Bombay Jayashri Ramnath. One of the areas of focus for the conference was music education for children with SEN and Jayashri’s evocative and emotion laden talk on her experiences of working with children on the autism spectrum and how Carnatic music made a difference in their lives was very well-received.

A panel on music education in the 21st century explored how tradition and innovation could be brought together. Renowned violinist Ambi Subramaniam spoke about a global violin technique for tomorrow’s global violinists. Sandra Oberoi shared her experiences of working with Indian adolescent singers, the physiology and the effect it had on the musical choices they make. Emmanuel Kaghondi from Tanzania presented on his experiences in dealing with cultural and religious sensitivity in classrooms. Bindu Subramaniam emphasised the framework for a tertiary music education system in India.

There were two interesting workshops conducted on day 2. Deepa Krishnamurthy of TAMAHAR Trust conducted a workshop with children on the autism spectrum. They experimented with Carnatic ragas, talas and songs to create mental well-being. Gopala Koduri conducted a digital humanities workshop on culturally aware technologies and applications for music education. The day ended with an interesting panel discussion titled “Imagination and Knowledge Acquisition: Exploring Creative Expressions of the Learning Mind” chaired ably by Dr Sangeetha Menon of NIAS. Panelists included Dr Prathibha Karanth, Bombay Jayashri, Professor Margaret Barrett, Professor Heidi Westurlund, Professor Graham Welch and Kieran Hurley. They explored various aspects of what creativity means and did to both the artist and the audience, with a very engaging discussion with the audience as well.

Day 3 opened with a keynote address by Professor Margaret Barrett on her valuable research on the intangible heritage of children’s musical cultures and how music making at an early age stimulates the children’s learning faculties. Interesting videos were shown of children making their own music, and the role of lullabies and other melodies. In a pan-regional experience in music Santosh Sharma, Iman Bikram Shah, Riju Tuladhar, John Shrestha and Kushal Karki spoke about building formal music education in Nepal, while Shanti Nandana Wijesinghe and P M del Mel spoke about the Saraswati Sangeetha Mandapaya and the Peradeniya Academic Tradition in Sri Lanka.

The other keynote address on the closing day was delivered by Grammy award winning musician and composer Ricky Kej. His evocative speech and stirring videos on environmental consciousness through his Samsara Project left the audience spell bound. The conference ended with a valedictory by Dr V S Ramamurthy who spelled out the need for a dialogue between science educators and music educators to find common ground and leverage on solutions found by the former, for common problems. Professor Margaret Barrett outlined broad projects for future incubation within NIAS: a south Asia digital archive of music, a project on Indian classical music for children with ASD with Bombay Jayashri, intangible music cultures of children, and creating modules for music education in the Indian context.

Speaking about the conference Professor Baldev Raj added: “We are truly excited with the prospect of this collaboration, which we are looking at from a long term sustainability perspective and not just this conference. Creating a regional co-operation, interdisciplinary studies, and building scholarship and research capabilities in the domains of music and music education through a coming together of various stakeholders is something that NIAS would be very happy to promote and this conference is the starting point.” The outcome of the conference is expected to be several projects related to music education, digital humanities, SEN education and music’s role in it - all of which would be incubated within NIAS, which Professor Raj lovingly described as a “nest” for ISME to deliberate on for the future.