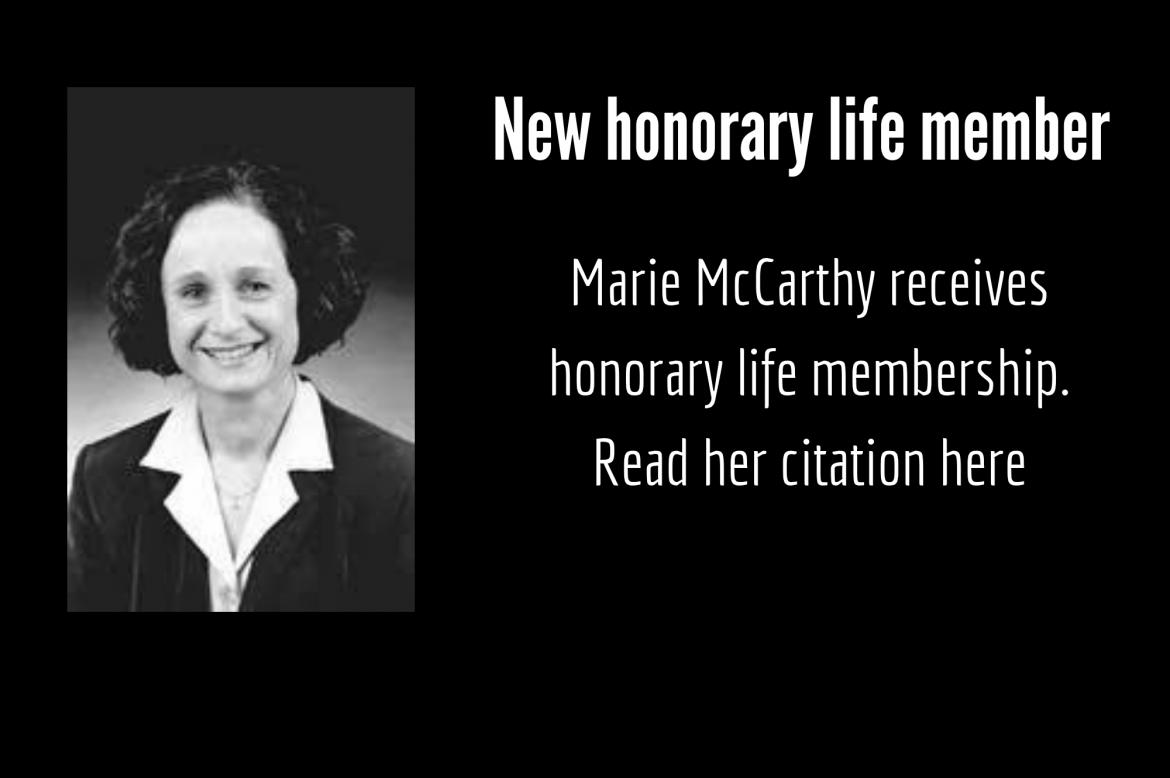 Marie McCarthy has been involved with ISME for more than 30 years – since 1986 – when she joined the Society as an international graduate student at the University of Michigan. She found the International Journal of music Education in the library and that led to writing for information and becoming a member. Later in the 1980s, still a student at UM, she had conversations with Paul Lehman who encouraged her to attend the biennial conferences. She planned to go to Helsinki in 1990, the year she graduated with her PhD, but the death of a family member prevented her from attending. However, starting with Seoul in 1992, she has attended every conference since then and been a presenter at each conference.


In the early 1990s Marie became fascinated with the history of internationalism in music education. That led to the publication of two articles in the IJME in 1993 and 1995:

At the World Conference in Amsterdam in 1996, Sir Frank Callaway asked to talk with Marie. He had read the two articles listed above and invited her to write a history of ISME to mark the occasion of its 50th anniversary. She was then teaching at the University of Maryland and so had easy access to the ISME Archives. She began to document the history and collected oral histories from past presidents and other officers at the 1998, 2000 and 2002 World Conferences in Pretoria, Edmonton and Bergen respectively.

The main ways that Marie has contributed to the Society are as follows (and listed in the Addendum):

Marie takes ISME with her wherever she travels, from an undergraduate class at Trinity College, Dublin, back to graduate students at the University of Michigan. When at Maryland, and even now, she has kept connected with the Curator of the Archives in relation to the ISME Collection. In the 1990s, Marie connected Frank Heneghan (Dublin) with Sir Frank Callaway who later came to Dublin for a National Debate in Music Education.

In our opinion, Marie McCarthy has made a most valuable and lasting contribution to ISME, by preserving the history and maintaining an historical record of the Society since its formation to the present time. At one time appointed as the official ISME historian, Marie can be relied on to assist the Society in so many different ways. She has been a dedicated and loyal member, who we believe should be recognized for the extensive and longstanding work she has done for ISME.