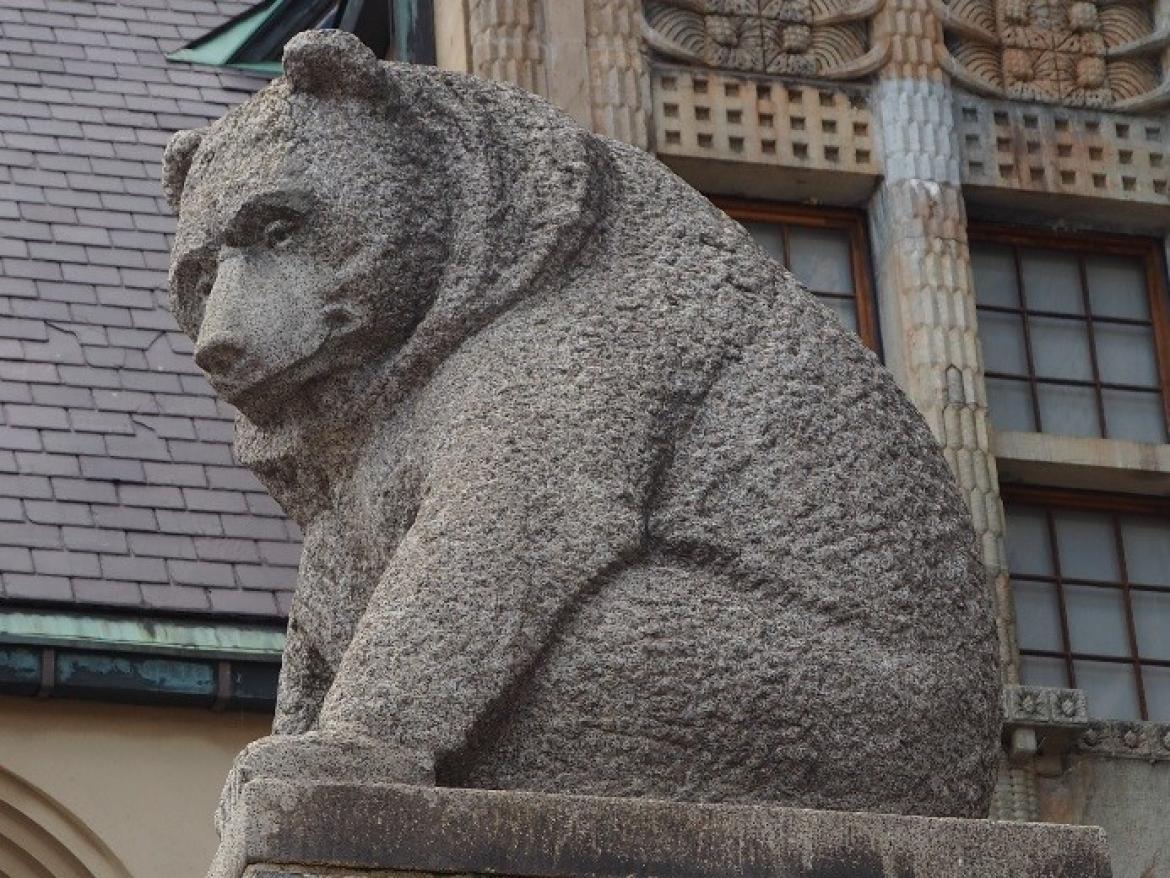 At the end of September ISME President Susan O’Neill and I visited Helsinki to begin the planning of the 2020 World Conference. In the President's Message last month Susan has already mentioned her thoughts about the initial meetings with the conference organisers and the conference information will build over the coming months. I thought you might like to hear a little about my experience of the city itself.

Air travel links seem plentiful – I was travelling from coastal Egypt and had a choice of routes – ending up flying in via Prague on Czech Airlines and back via Istanbul on Turkish Air. Finland is in the European Union and part of the Schengen Agreement so as an EU national I did not need a visa – and in fact I walked out of the airport without having my passport checked!

I arrived in mid-afternoon at Helsinki airport and easily found the bus station and the pick-up point for the city shuttle. The shuttle cost EU6.90 and took just under half an hour to ride to the last but one stop on the line where our hotel – the Scanda Park – was located. The return journey on my final day was also very easy and the shuttle buses are frequent and reliable.

I went for a wander on the first and last days of our visit and my impression was of a modern European city where most people were friendly and helpful and seemed to speak English. The venues for the conference – Finlandia Hall and the Helsinki Music Centre (home of the University of the Arts Music Academy) were around 5 – 10 minutes’ walk from the hotel – and within less than 5 minutes’ walk from each other. The city centre – with shops, bars, restaurants, the railway station – was about another 5 – 10-minute walk.

There are trams and buses that run around the city, and a good metro system – but it seemed that everything was quite close and, therefore, very walkable. For the adventurous there are city bikes for hire on which you can explore the parks and city – picking up from one place and dropping off at another. In the late September temperatures of around 12C I was not tempted – but in early August ….

The conference venues are set in a park area with lovely walks along the waterfront. There is a lot of building work taking place at the moment, but by the time we arrive for the conference that should all be finished and the area surrounding the Music Centre will have become a lively cultural hub.

Roughly opposite the Finlandia Hall is the National Museum of Finland. A beautiful building, where I first met the imposing Brown bear – the national animal of Finland.

There are two large shopping malls nearby, both with lots of food outlets and supermarkets where salads and snacks can also be purchased. Finland is perceived as relatively expensive, but good food can be found at all price points at a large range of cafes, fast food outlets and restaurants. The food I experienced was fresh, healthy and all sorts of diets are catered for. 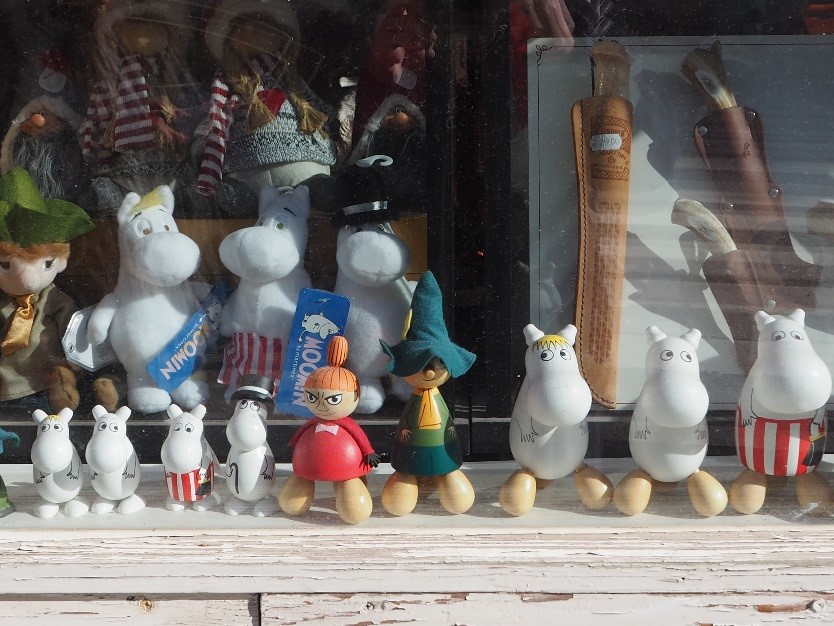 Being in Helsinki I just had to find some of the world famous Moomins, the fairy tale characters created by Finnish illustrator, Tove Jansson.

In the Helsinki Art Museum, I saw the first painting by Tove Jansson that featured the first Moomin-like character. Look carefully in the bottom left of the picturein the gallery below.

Whilst wandering on the last day of the trip I also visited the 1969 Church of the Rock – this was carved out of the rock and its interior clearly shows how the church is built.

The facilities we saw in the conference venues were excellent and one room in particular struck me – the Organ Hall – which houses organs from England, Germany and Italy and is acoustically designed for organ music. The English one was rescued from destruction and lay in a storage room for some decades before being housed in the Organ Hall.

I spent four days in Helsinki and was struck by the friendliness of the people and the cleanliness of the city; the possibilities for hosting elements of the conference; and the facilities that members will benefit from in the conference week – and beyond if people decide to stay on to experience the city and country after the conference.

I am looking forward to returning with the Board in August 2019 and with as many members as can make it in August 2020 for a conference that will build on the experience of Baku 2018 and will incorporate many of the suggestions made through the 2018 conference feedback.

I look forward to seeing many of you there.

Take a look at the photos in the gallery below