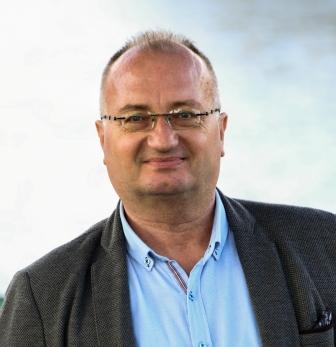 The 33rd ISME World Conference is considered to be one of the most significant meetings of music to be held in the Turkic region since the 1950s. It will be staged from 15-20 July 2018 in Baku, the capital of Azerbaijan.

The conference which is presented in cooperation with ISME, MÜZED  (The Music Educator’s Society of Türkiye) and TÜRKSOY (the International Organisation of Turkic Culture) will be hosted by the Baku Academy of Music and the Azerbaijan National Conservatory.

The local committee established within the Baku Academy of Music and the ISME standing committee are intensively carrying out their activities related to the content and the programme of the conference. The opening and closing ceremonies will be held at the Heydar Aliyev Palace, which is the leading concert hall in Baku.  The conference sessions will be held at the  Azerbaijan National Conservatory and at the Hilton Hotel.

As well as a schedule of indoor concerts, the warm days and evenings in Baku offer the opportunity  for outdoor concerts which are being organised in special fields provided by Baki İcra Hakimiyet, which is the city authority.

Great interest has been shown in the conference from the world, the Turkic World, and within Turkey, where I live and work. It is observed that there is an intense interest by academicians and artists about visiting Baku for the first time. As already mentioned, this is considered to be a very significant event for the music education community in our region, bringing music educators from around the world into our area and for us to share with them and them with us, and we are very much looking forward to it.

The submission for the English language papers has now closed and a significant number of papers was received, which the review team is now assessing. Applications for paper presentations and performing groups have already been received from 30 different countries. In total we expect a typical level of response in terms of papers submitted, though not all will be presented in English.

This is because, for the first time in the history of the conference a Turkic World Session is being organised within the conference. Hosted by the Azerbaijan National Conservatory, this 2-day event will enable presentations to be made in Turkish, Azeri, Russian or English. A dedicated international committee has been established to advise.  Deadline for the submission of abstracts to the Turkic World Session is 19 February 2018. This special session is expected to further raise the total number of papers submitted as well as the number of countries they are received from.

Additionally, within the conference a panel called Position of University Education in Music in the World will be held within the context of Turkey, the Turkic World and the wider world.  This will be co-moderated by Professor Ali Uçan, TÜRKMEB Honorary president, and Professor Lee Higgins, President of ISME.

Within the framework of these activities in line with the theme and content of Life’s Journey Through Music rich, cultural, scientific, educational and artistic aspects specific to music are planned to be put forward effectively in perception, application and the teaching of music from past to present.

Notes of “ISME Fanfares” composed by Dmitry Kabalevsky, one of legendary presidents of ISME and played at opening ceremonies of the world conferences are expected to be conveyed to Baku Academy of Music.

Turkish Airlines is among the sponsors of the conference with a special discount that is worth finding out more about.

When the content of the conference and how it connects the Turkic world with the wider world is considered it is widely believed that this summer the heart of music will beat in Baku, which we believe is the centre and the deepest part of the world. The heart of music with all its dimensions will beat for a beautiful world in Baku. We look forward to you joining us there.